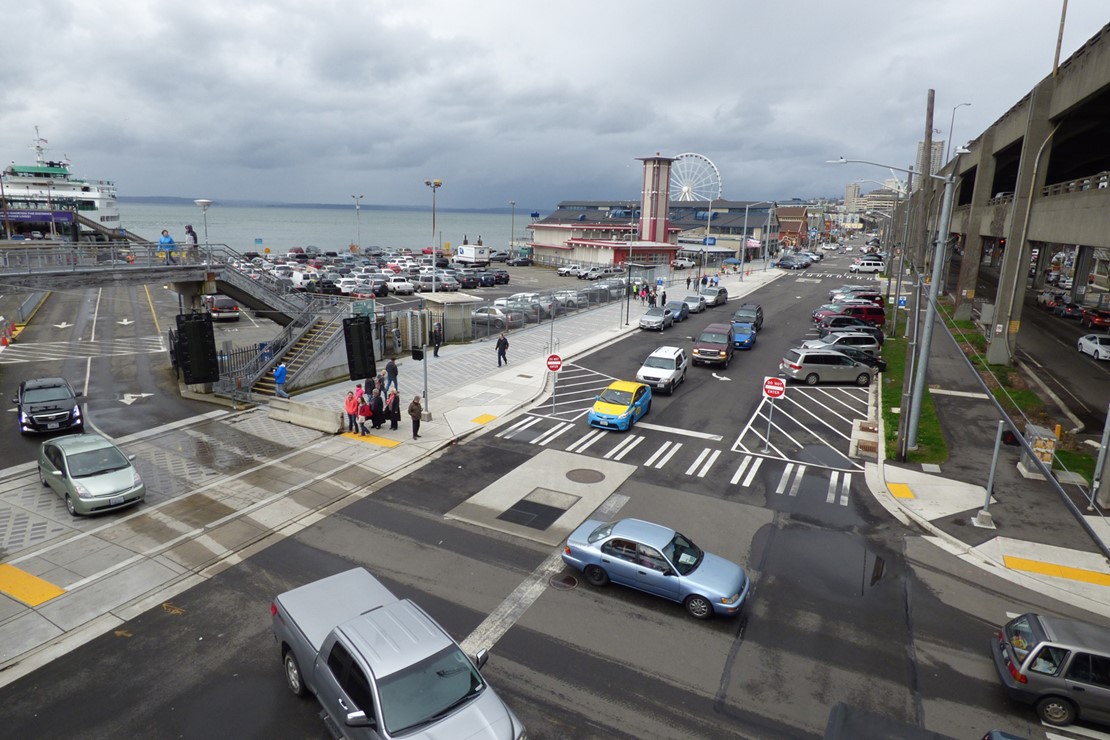 There's more to the Seawall than a new structure – the new seawall not only protects our working waterfront, but also restores the function of a natural shoreline and serves as the foundation for Seattle's future waterfront 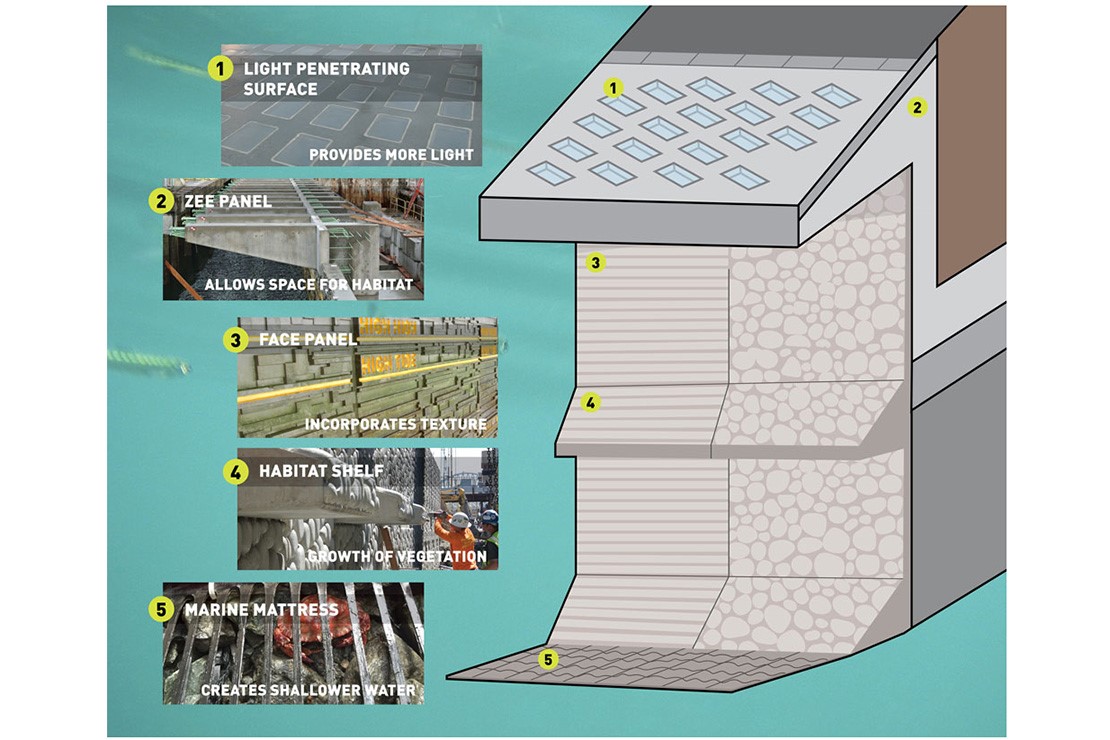 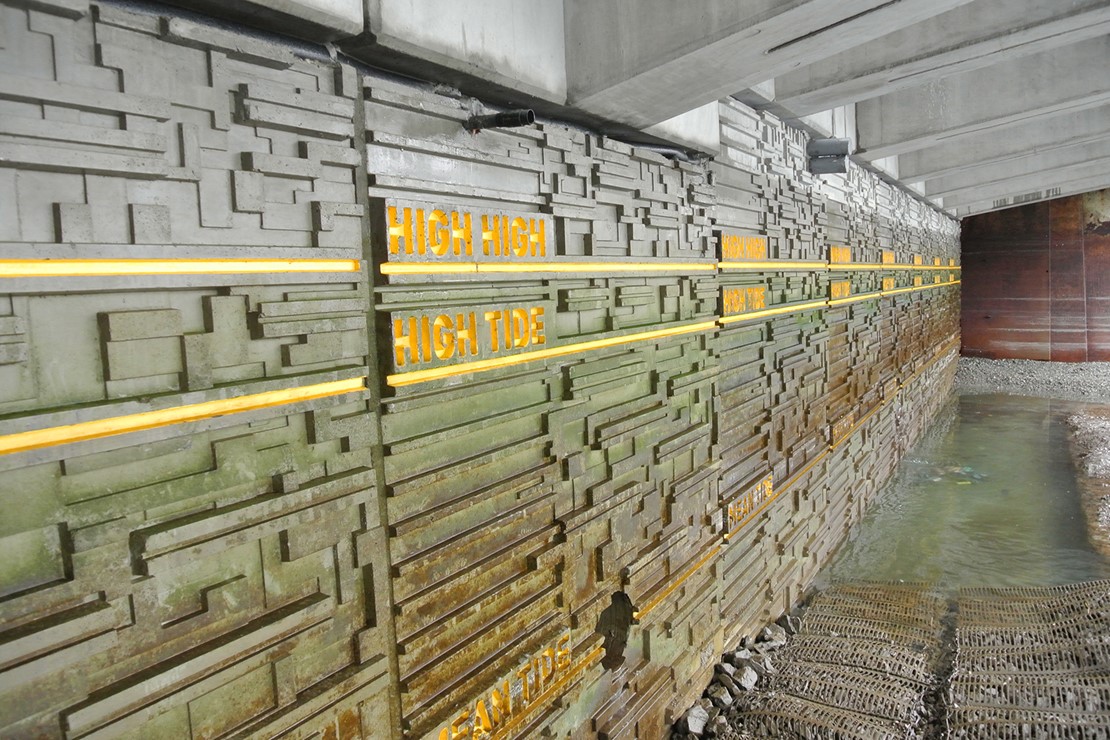 The new face of the seawall was moved inland 10-15 feet to provide enough room for construction, and to create additional space for the project's habitat enhancements 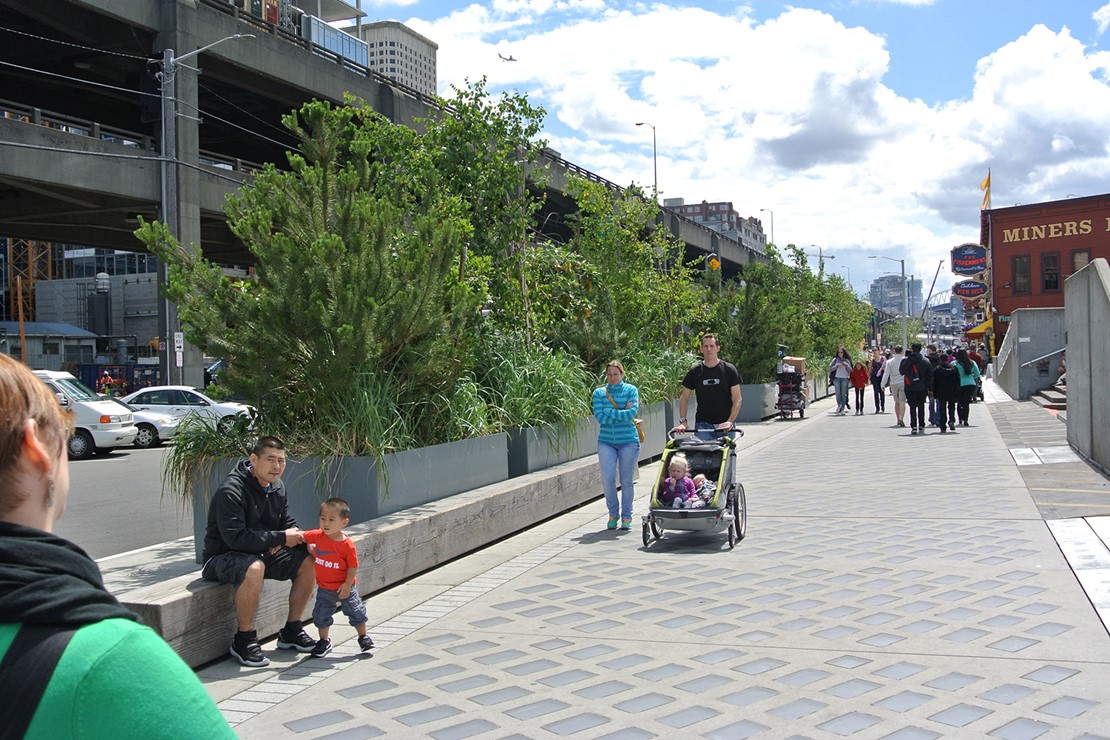 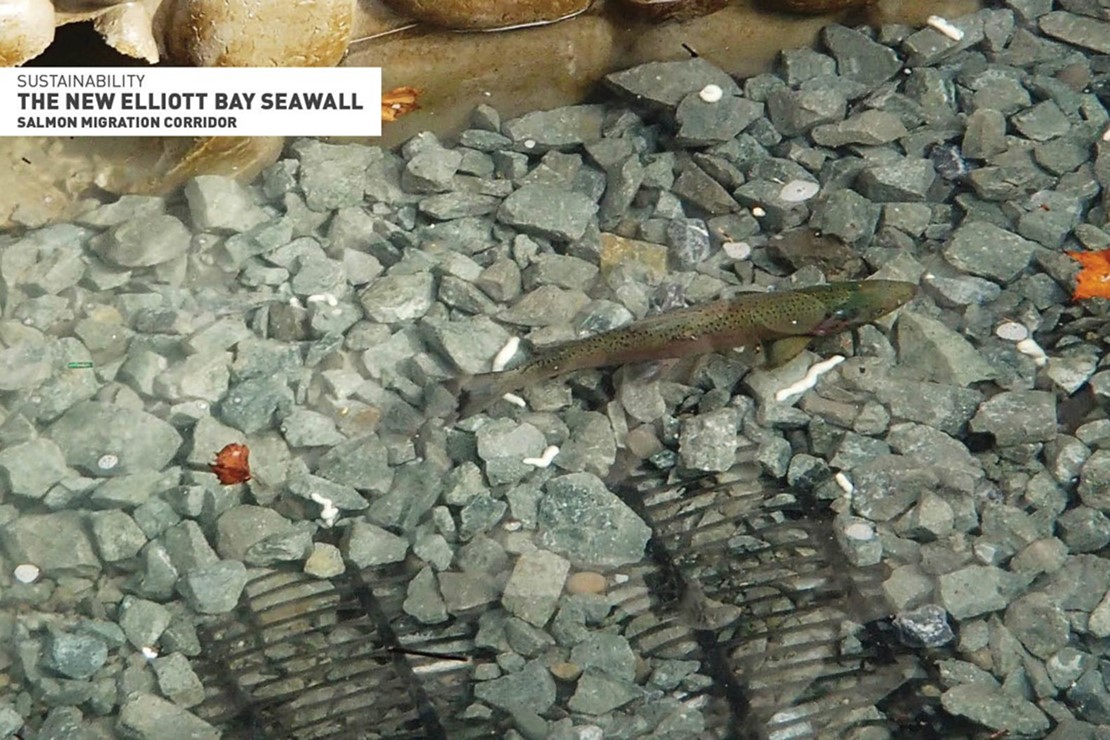 In 2017, the City of Seattle completed the new Elliott Bay Seawall that will last more than 75 years and improve the lost nearshore environment. Prior to the start of the Seawall Project, the existing seawall had protected Seattle for more than 70 years, but time and a harsh marine environment weakened its structure.

The new seawall has been built to meet current seismic standards, protecting public safety and acting as the foundation for Seattle’s new waterfront. The seawall also includes habitat enhancements to restore the salmon migration corridor and improve ecosystem productivity. All seawall features were designed to be integrated with other key Waterfront Seattle improvements, including the future park promenade, the rebuilt Pier 62 and Pier 58.

When Seattle's existing waterfront was developed, Elliott Bay lost many of its natural habitat features for fish, including sloping beaches, crevices and vegetated hiding places for salmon. Seattle's new seawall was built to improve marine habitats, with a special focus on encouraging juvenile salmon migration. The new seawall face includes grooves and nooks to promote algae growth, rock beds in the bay floor for fish to hide and forage in and a light-penetrating surface in the sidewalk above to provide light for young salmon during their migration.

Researchers from the University of Washington's School of Aquatic and Fishery Sciences have been observing salmon returning to the downtown waterfront since the seawall was completed in 2017, spotting 10,000 juvenile salmon in a single day in May 2018. To learn more about how the seawall has helped enhance marine habitats, you can read this Seattle Times article: "Salmon merging onto new ‘highway’ in Seattle, complete with rest stops and restaurants".

How we built it 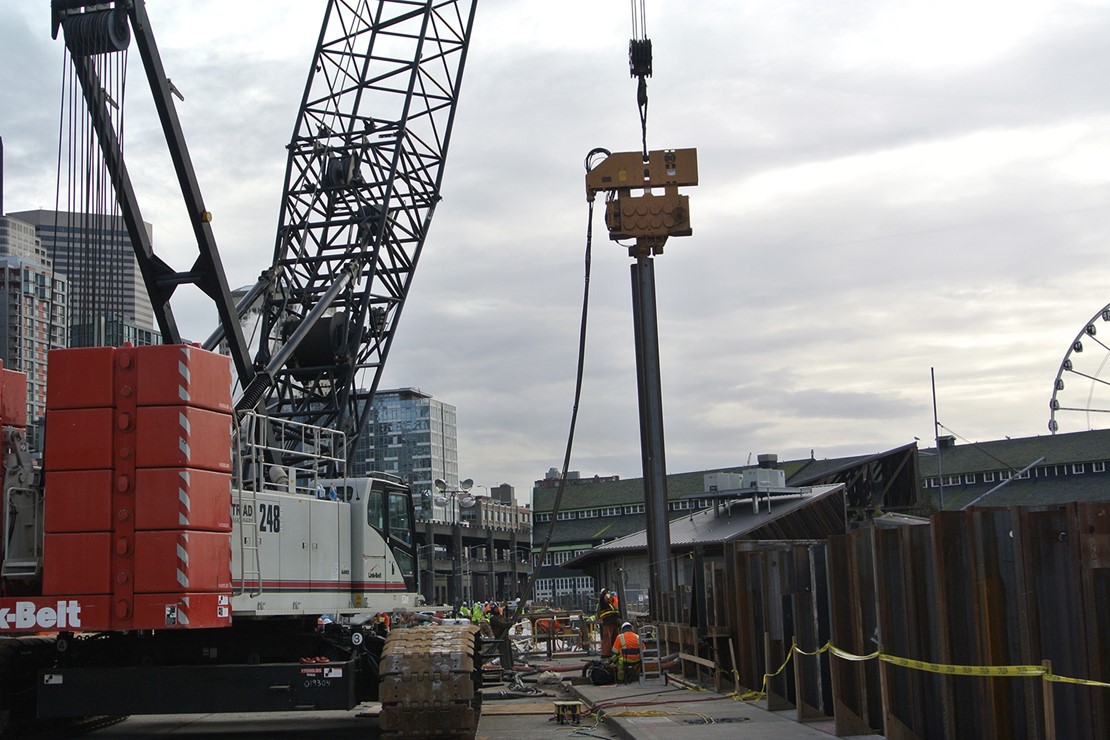 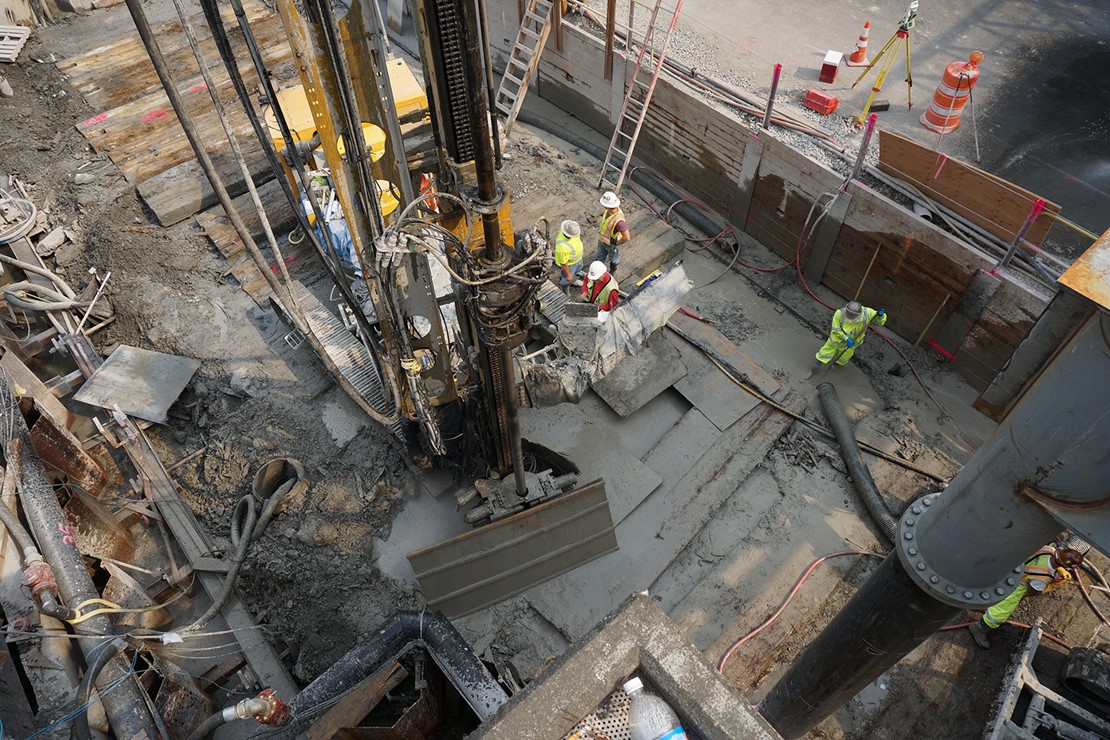 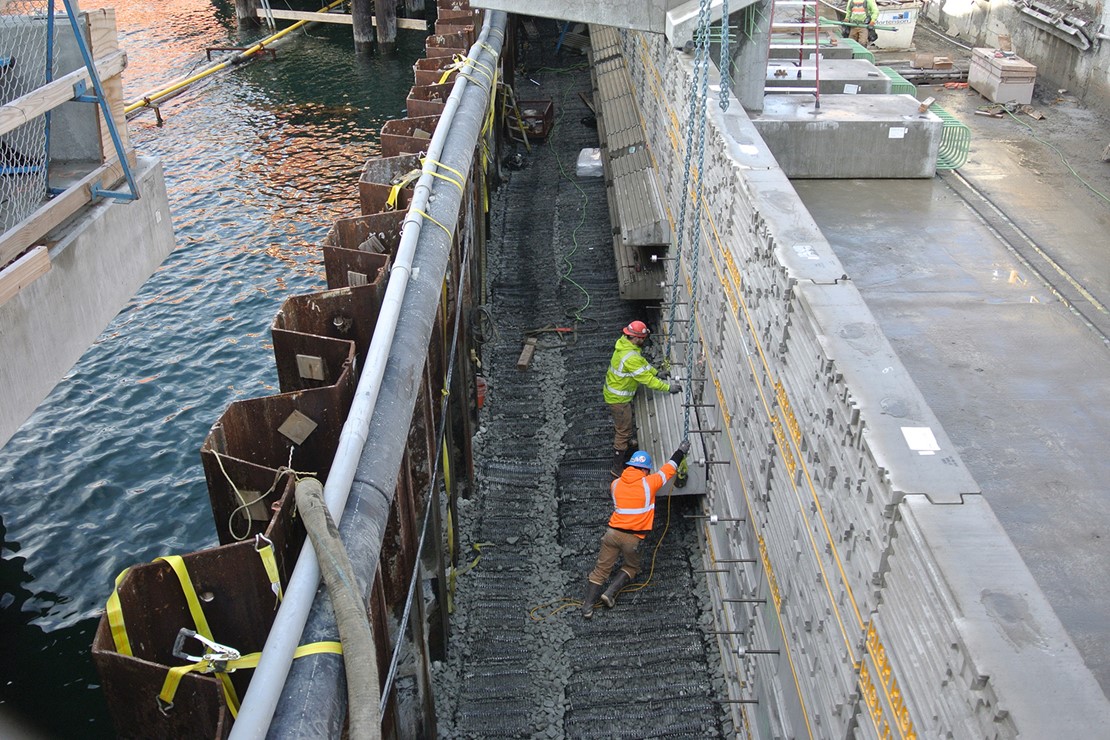 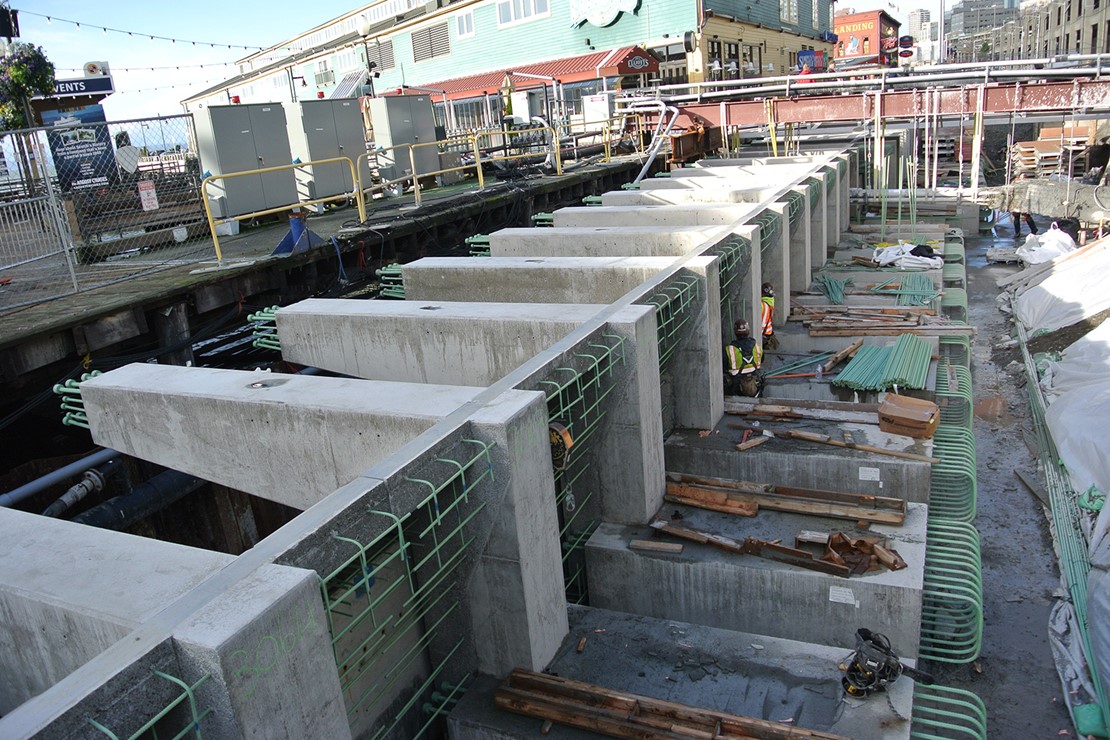 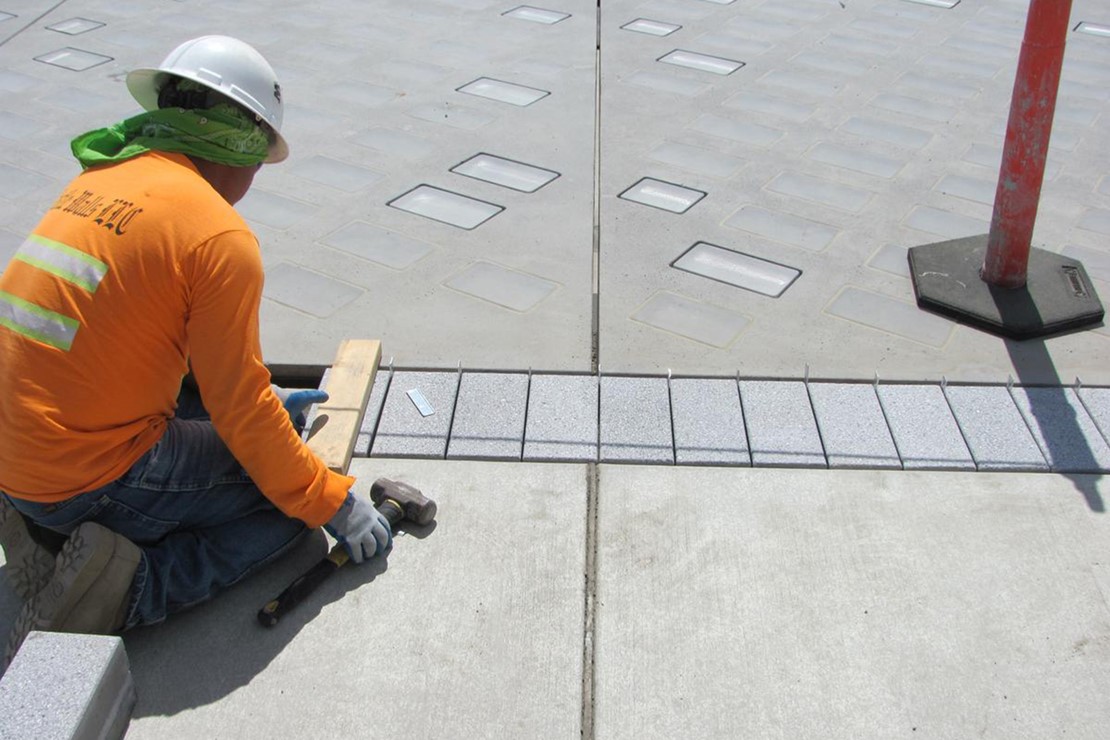 Step 8: Removed sheet pile, backfilled behind the seawall, installed utilities and restored the roadway
Previous Next