The recently restored Pergola has been returned to its original splendor, featuring new lighting and restored ornamentation, and a space for a small food concessions on the future waterfront 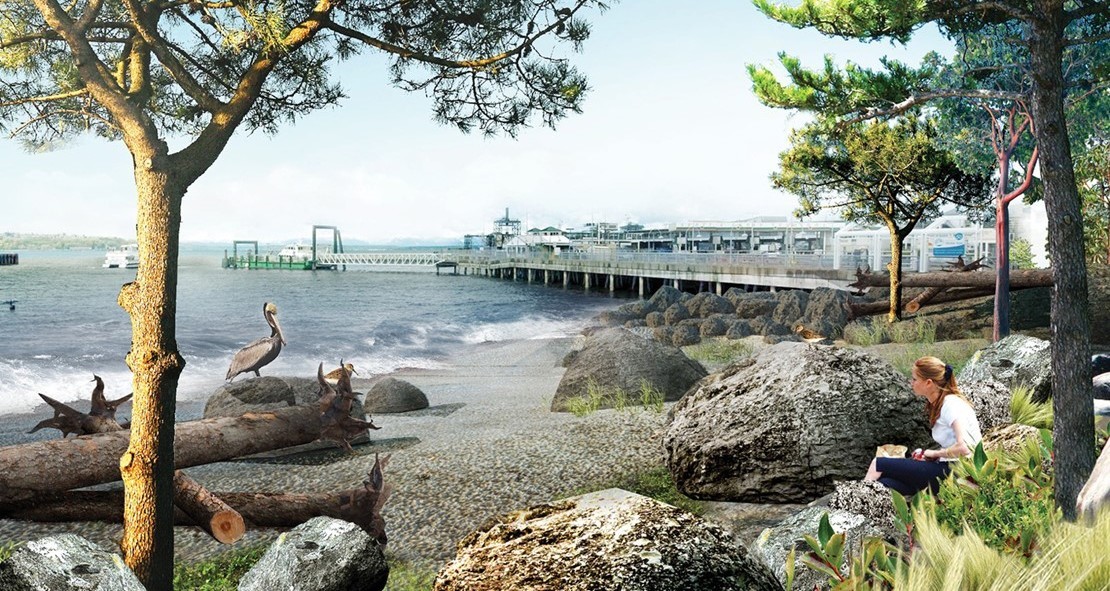 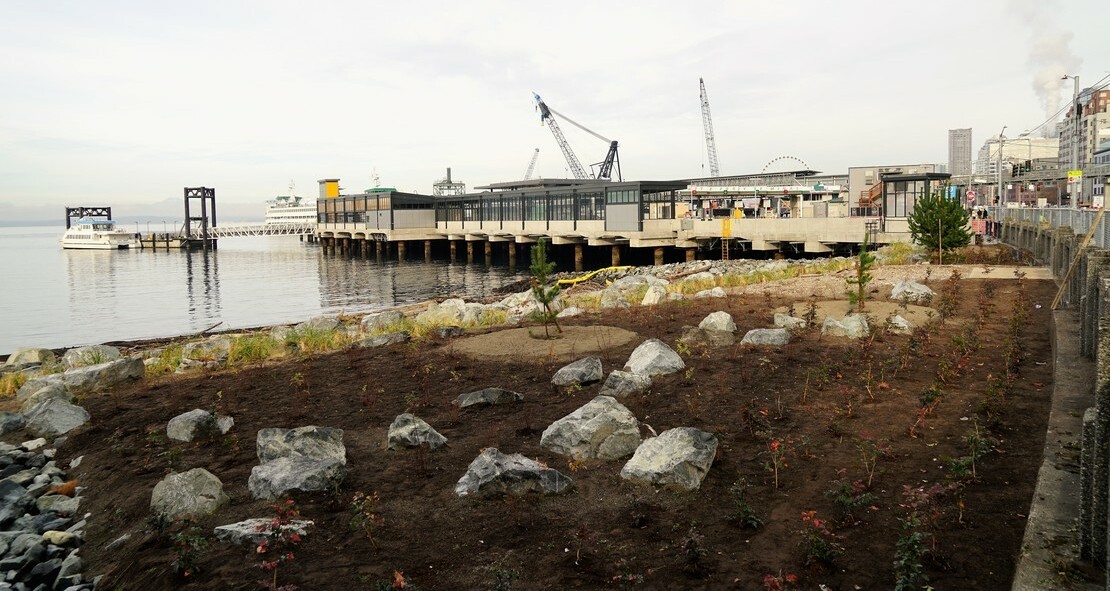 Plantings are growing at the habitat beach, which will be closed to the public to protect the nearshore vegetation until the future park promenade is complete
Previous Next

Working with community partner Alliance for Pioneer Square, we have designed and will construct improvements on portions of King, Main and Washington Streets, Yesler Way and 2nd Avenue S to prioritize pedestrians, improve sidewalks and increase greenery. The project will also reduce the number of vehicle travel lanes and limit traffic flow directions on portions of these streets in order to move vehicles away from structurally vulnerable areaways and optimize traffic operations and circulation in the Pioneer Square area. This project aims to improve accessibility for people of all ages and abilities and provide safe, convenient and graceful pedestrian connections.  We anticipate that construction of this project will be from summer 2023 to fall 2024.

On September 17, 2020, we issued a Determination of Nonsignificance (DNS) for these improvements, supported by an Environmental Checklist, in accordance with the State Environmental Policy Act (SEPA).

The Washington Street Boat Landing and Beach will restore access to the waterfront for Pioneer Square and the South Downtown community. The landmark pergola structure has been a piece of Seattle's waterfront since the early 20th century, and with its recent restoration, it once again serves as a symbolic gateway to the city from the Puget Sound. The pergola has been fully restored, but it will remain closed to the public until the park promenade has been constructed.

Habitat Beach is a national winner of the American Public Works Association's 2020 Project of the Year Award!

Between Colman Dock and Pier 48, a new habitat beach supports the waterfront ecosystem, including enhancing the salmon corridor by adding rocks and nearshore vegetation. Improvements to the marine habitat began in October 2018 thanks to an agreement between Washington State Ferries and the City of Seattle to make these improvements on State-owned property. The plantings on the shoreline will restore the function of a natural shoreline and improve ecosystem productivity. Construction on the beach is complete. We will need to patiently wait for a few years for the plants to grow and habitat to adapt to the natural environment before Habitat Beach is open to the public. These improvements create an exciting destination and will help connect Pioneer Square and the South Downtown community back to the waterfront.

How we've built it 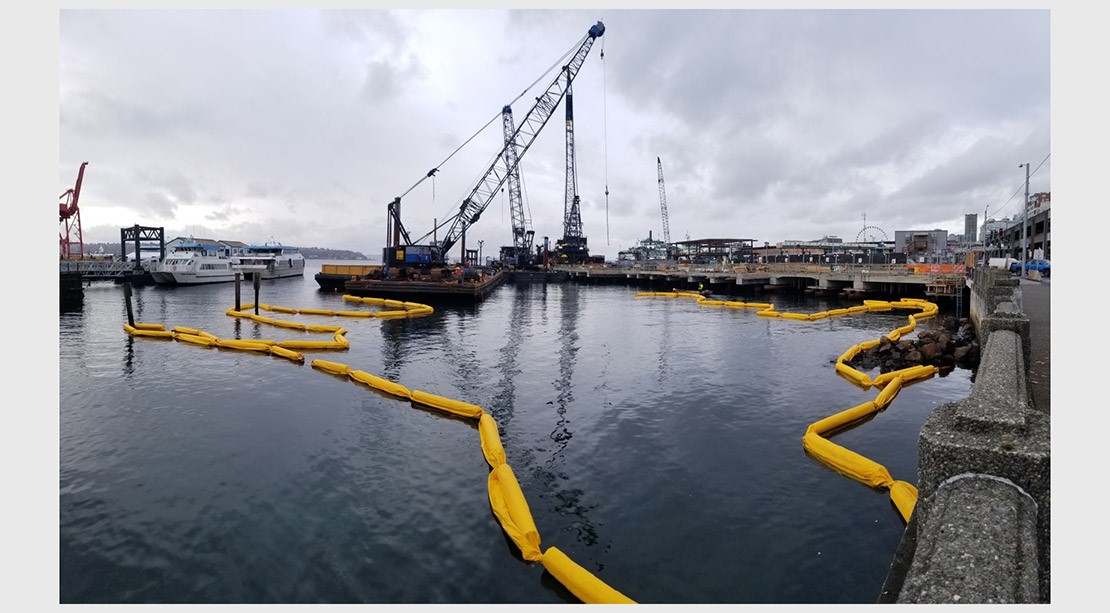 Work on marine habitat at the intertidal area began in October 2018 with the arrival of a work barge and deployment of the containment boom. 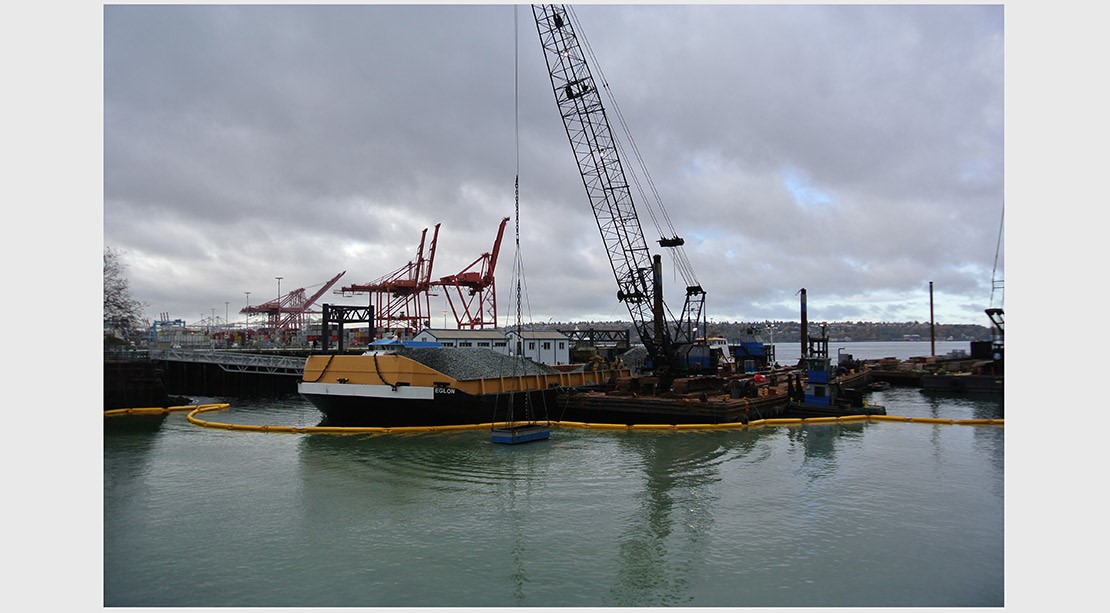 Barge mounted cranes installed the foundation of the marine habitat with rocks.

A rock slinger was used to place various sizes of rocks. 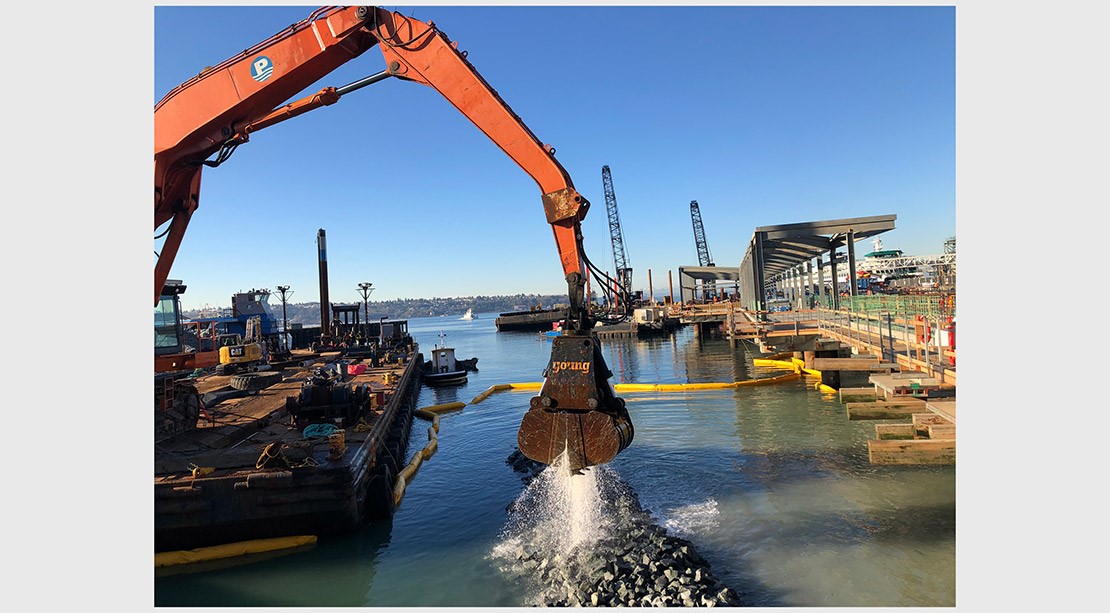 A clamshell bucket was used to place different sizes of rocks. 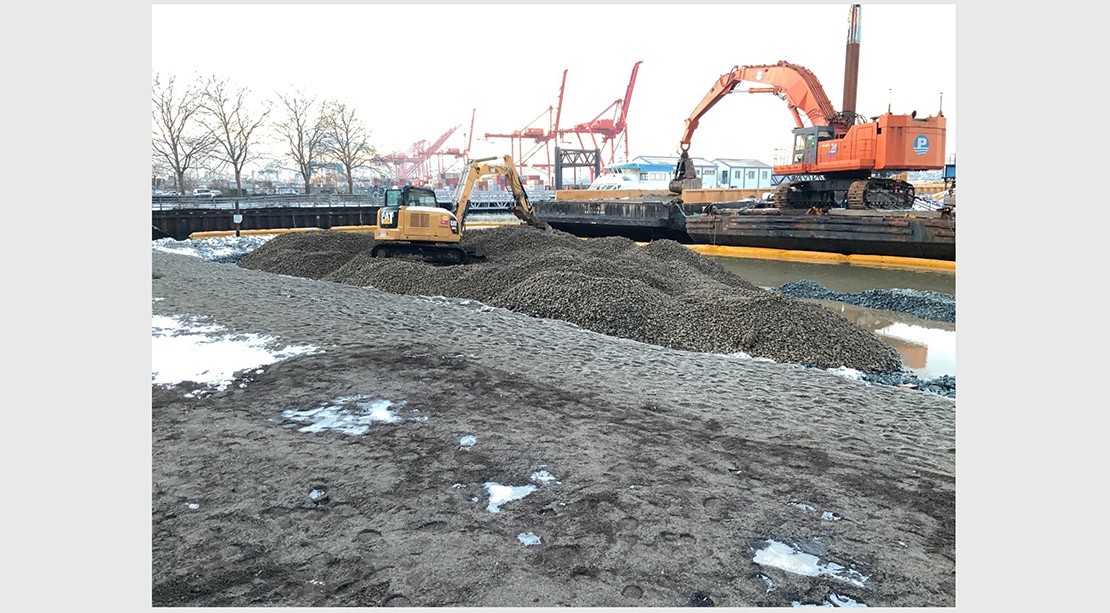 Over 45,000 tons of material including; sand, gravel, soil, sand, shells, and rocks of varying sizes make up the intertidal shoreline.

The completed area will be made up of a variety of materials to mimic the existing ecosystem of Elliott Bay. 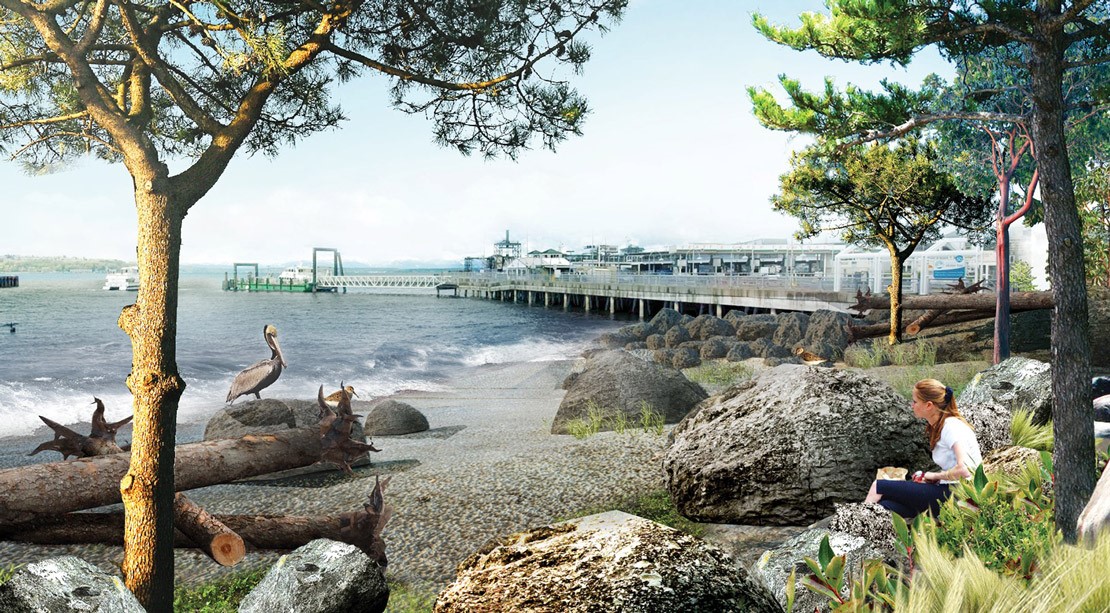 These habitat marine enhancements will foster young growing nearshore vegetation, providing hiding places for fish and improving conditions for salmon, in order to preserve the waterfront ecosystem.
Previous Next